WHAT & WHERE TO EAT IN NICE – BEST FOOD SPECIALITIES AND DELICACIES

French cuisine is renowned worldwide for its simple sophistication. Yet the cuisine of Nice is likely not what most people have in mind when they first think of French food. Situated on the south coast, the culinary culture of Nice is very unique, bringing together both French Mediterranean and provincial influences.

Nice is an epic coastal city that appeals to both the sophisticated traveler and the hungry artist. From sunbathing on the sparkling beaches of the Riviera to walking through the winding streets, don’t hesitate to sample some of Nice’s finest delicacies.

The socca, also called Farinata, is like a flat pancake made from chickpea flour. With high protein and naturally gluten-free, socca is an excellent choice if you are looking for a light snack or lunch. Socca is typically prepared in copper black dishes baked in wood-fired oven. In Nice, there are street vendors who bake socca in outdoor market stalls. Have a slice to snack on while you browse the open-air markets.

Zucchini, eggplant, tomato, onion. This is not the last recipe of the street corner kebab but the list of basic ingredients of “Lu Farcit Nissart” (“the little stuffed niçois” in niçois language) that you stuff with egg, breadcrumbs, minced meat, grated cheese and, of course, olive oil. Decorate the whole with golden breadcrumbs, savour and lick your fingers.

No, it’s not a dandelion salad! It’s a pie. On a pastry with a delicate scent of oregano and olive oil, spread a thin layer of onion fondue, anchovies and small black olives, and you’ll have a real pissaladière niçoise. To be enjoyed as a main course or as an aperitif. Do you salivate? It’s normal.

We told you: no rice! Nor potatoes. Why not? Because none
Cooked food, except eggs, should not disturb this recipe. Afterward, you can put whatever you want in it, or almost. It is rumoured that only the authentic inhabitants of Nice know which foods to add, or not, to their salad. Parisians, don’t even hope: you’ll be spotted right away.

The pan bagnat, typical of Nice, is the perfect snack to take to the beach! This sandwich made with a round bread and “bathed” in olive oil (pan bagnat means wet bread) is garnished with tuna and raw vegetables: tomatoes, eggs, cébette, green pepper, artichoke, olives, anchovies… it’s delicious!

The recipe of the chard pie dating from the 15th century is eaten sweet or savoury, generally cold or even warm. In the sweet version, it consists of chard, pine nuts and raisins and is sprinkled with icing sugar. The savoury version is garnished with chard, rice, salt and parmesan cheese.

Ratatouille is a Provençal, regional speciality of Provence and Niçoise, which is also found on the Mediterranean coast, where it exists under other names. The word “ratatouille” comes from the Occitan word ratatolha.
It is a stew of various vegetables that requires tomatoes, onions, zucchini, eggplant, peppers and garlic, all of which are seasoned with olive oil, salt and pepper. The longer it is cooked, the tastier it is, and it can be eaten both cold and hot, either as a starter or as an accompaniment to a meat or fish dish.

To know more about Nice we invite you to Book the Nice Walking tour available on this website.

Also if you wish to know more about Nice, we invite you to visite the Nice tourist office websit. 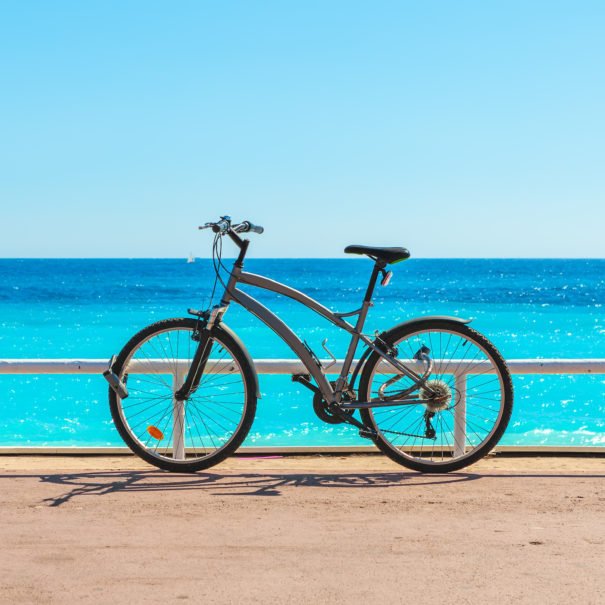