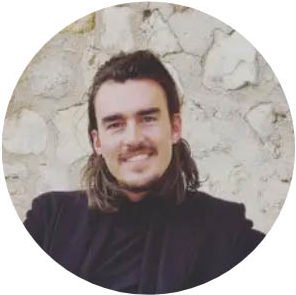 Between the sea and the mountains, the city of Nice is a tourist destination known for its climate, its landscapes and also for its famous Promenade des Anglais, which has become a place not to be missed. During your walk, you will be able to contemplate the sea but also the famous blue chairs and artistic works.

While doing the Nice walking tour, you will inevitably have the opportunity to discover this great promenade which runs along the sea and the beaches. 7 kilometres long, the Promenade des Anglais is the emblem of the city of Nice. It can be crossed on foot, running, by bike and even by segway. A unique atmosphere reigns in this place where everyone mixes and walks. Sunny, bordered by a turquoise blue sea, a very Californian atmosphere shines on the Promenade des Anglais and makes it an incomparable place.

This magnificent place is the inspiration of many artists, photographers, designers, painters: all want to immortalize the white pebbles bordered by the sumptuous Mediterranean Sea. On the spot, you can relax on a bench facing the sea, go downstairs for a gourmet break on the pebbles or enjoy a day on the beach.

To discover on the Promenade des Anglais: the blue chairs, the artistic works, the Statue of Liberty or the I Love Nice structure.
Rows of blue chairs are set up side by side to allow walkers to contemplate the sea and enjoy the view of the Baie des Anges.

Now the symbol of the Promenade des Anglais, a giant blue chair, 3 metres high, designed by the artist SAB, has reigned over the Promenade since 2014.
On the Quai des Etats-Unis, you will also be able to discover two other creations: Bernar Venet’s “9 oblique lines” and a miniature version of Bartholdi’s Statue of Liberty.

As you continue your walk towards the port of Nice, take a souvenir photo in front of the #ILoveNice structure and the magnificent panorama over the Promenade des Anglais, the Nice Côte d’Azur airport and the Mediterranean Sea that it offers a glimpse of.

And to finish the walk, climb up to the Colline du Château and admire the 360° view of the rooftops of the city of Nice, the sea and the Baie des Anges wish is also the finish viewpoint of the Nice walking tour. 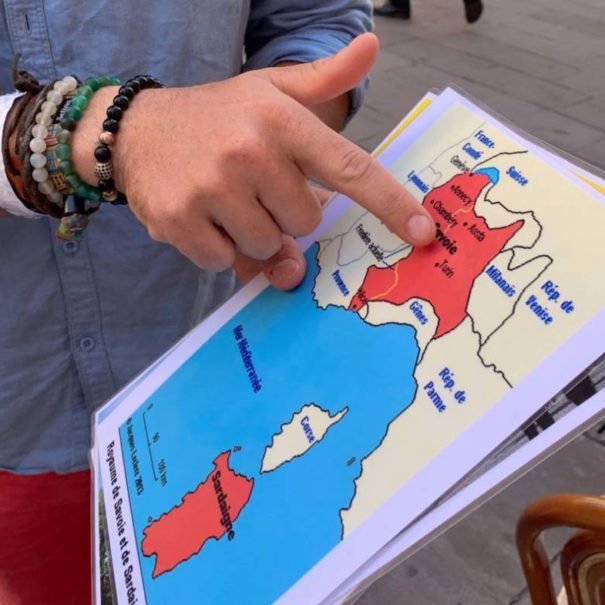